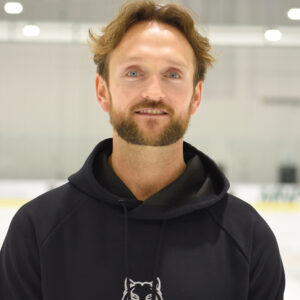 Tyler Dittmer was born and raised in Brandon, Manitoba. Tyler played all of his minor hockey with Hockey Brandon and eventually went on to play for the WHL Brandon Wheat Kings. Tyler was also a part of winning a National Championship with the U18 Wheat Kings in 2004.

After finishing his career with the Brandon Wheat Kings, Tyler played 5 seasons at the University of Manitoba with the Bisons before beginning his hockey development career in Winnipeg. Tyler worked hard to build up his career for 6 years in Winnipeg before eventually moving back home to Brandon.

Tyler has been heavily involved with skill development now for 10 years and is excited to help develop the next generation of hockey players in Brandon and surrounding areas. Tyler currently lives in Brandon with his wife Kylie and their daughter Scottie.