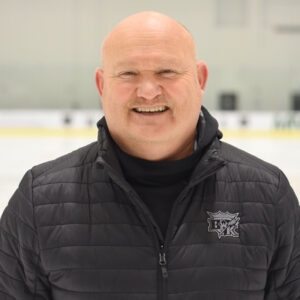 Born and raised in Brandon, Dave Lewis has been actively involved in minor hockey for over 40 years.

After completing his Bachelor of Education from Brandon University while playing in the CIS, he settled in the town to teach in the Brandon School Division while continuing to give back to the hockey community in Manitoba.

After starting The Hockey Factory in 2001, Lewis has helped develop players from the minor junior leagues to the NHL, with a focus on power skating and skill development.

With over 20 years of experience, he joined the Brandon Wheat Kings (WHL) as a skills coach in 2018, using his passion for teaching and hockey to improve player development at the junior level.

Lewis’ son, Ty (22), is currently playing in the Colorado Avalanche system, while his daughter, Ryann, followed her father’s footsteps and currently teaches in Brandon.