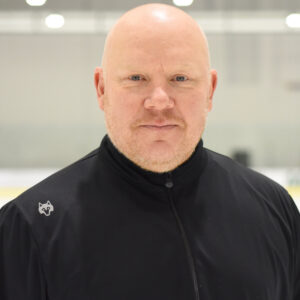 Craig Anderson was born and raised in Brandon, having spent his childhood heavily involved in minor hockey in the city.

Moving on from minor hockey, Anderson played three seasons with the Neepawa Natives (MJHL) before enrolling at Brandon University to complete a Bachelor of Education while playing in the CIS.

Following his graduation, Anderson moved into coaching, with the AAA Midget Wheat Kings, capturing a national championship and three league titles over his five years of coaching.

Transitioning into a scouting position, he has worked with the Edmonton Oil Kings (WHL), Swift Current Broncos (WHL), and is currently scouting for the Brandon Wheat Kings (WHL).

Anderson has dedicated his career to player development and works with athletes in all levels of the sport. He currently resides in Brandon with his wife, Jen, and has two children, Calder (18), and Bailey (13), who are both players.